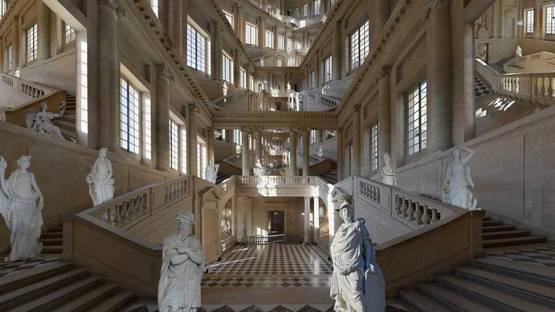 A French photographer Jean-Francois Rauzier is best known for his digitally altered depictions of cities and places such as The Metropolitan Museum of Art, Versailles Palace, and Abu Dhabi, among others. Wondering about the future of our cultural heritage, he creates imaginary architectures that question our perception of the world and tackle themes such as culture, science, progress, oppression, ecology, utopia and liberty.

Born in 1957 in Sainte-Adresse, France, Rauzier currently lives and works in Paris. He studied at the Louis Lumière College and later worked as a commercial photographer while pursuing his own career. He exhibited in a range of venues, including the Los Angeles Foundation Annenberg, Moscow's MOMA, the Palais des Beaux-Arts of Lille, and Cultural Institute Botanique of Brussels. Today, his works are in the collections of the city of Lille, the city of Paris, the Foundation Louis Vuitton in Paris, and the Newseum in Washington, D.C., among others.

Described as the "re-enchanter of reality" by his peers, he transform the urban vestiges in veritable utopia, imagining futurist cities and our place in them. He describes his works as hyperphotos,” describing the quality of a supernaturally detailed image in where multiple perspectives of a scene are juxtaposed. Due to their stark attention to detail, his works often evoke the surreal drawings of M.C. Escher.