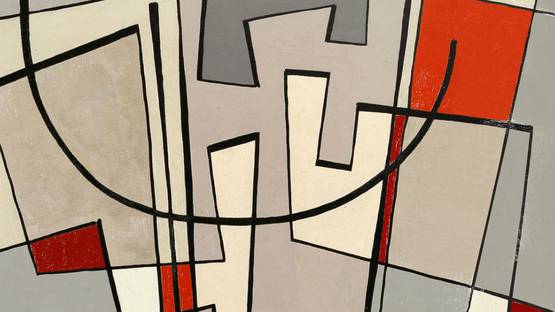 Jean Leppien was a French artist who painted his first his first abstract work as early as 1927. Leppien attended the Bauhaus at Dessau between 1929-1930 where he studied under Kandinsky, Joseph Albers, and Paul Klee. The Bauhaus were epochal in their integration of the theories of abstract art into everyday aesthetics and became highly influential on the future of twentieth-century art and design. From 1930 he worked in Moholy-Nagy’s studio in Berlin until 1933 when the Nazi’s came to power and prohibited the creation of abstract art, proclaiming it “Degenerate”. Leppien died in 1991.