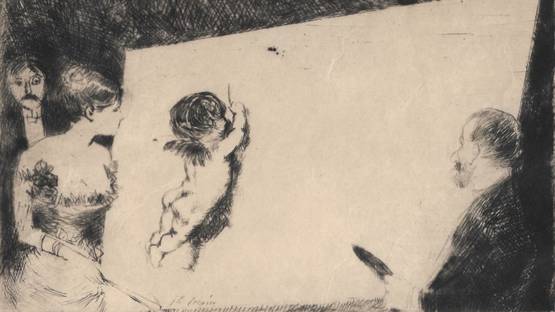 Jean-Louis Forain was a French Impressionist painter, lithographer, watercolorist, and etcher. A follower and protégé of Degas, Forain joined the Impressionist circle in time to take part in the fourth independent exhibition in 1879; he participated in three of the four landmark shows that followed between 1879 and 1884. Influenced by Impressionist theories on light and color, he preferred to depict scenes of everyday life.