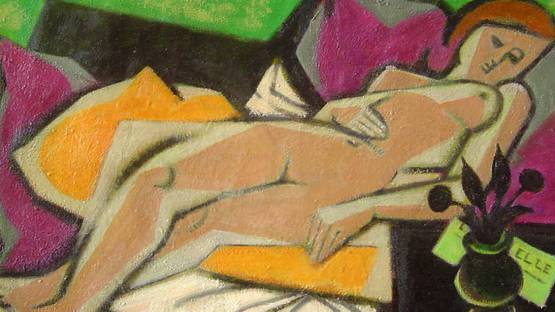 Jean Metzinger was a major 20th-century French painter, theorist, writer, critic and poet, who along with Albert Gleizes, developed the theoretical foundations of Cubism. His earliest works, from 1900 to 1904, were influenced by the Neo-impressionism of Georges Seurat and Henri-Edmond Cross. Between 1904 and 1907 Metzinger worked in the Divisionist and Fauvist styles with a strong Cézannian component, leading to some of the first proto-Cubist works.