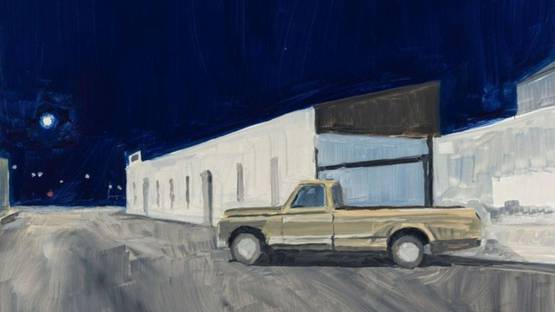 A Paris based fashion illustrator, painter and cultural writer, Jean-Philippe Delhomme is best known for painting scenes devoid of any human presence, based on direct observation of the urban landscapes of the big city, whether New York, Paris, or Los Angeles. A chronicler of culture, he has written and illustrated several books.

Delhomme's depictions of urban landscapes are the coalescence of the past, present and future manifested in the architectural fabric, capturing an environment in constant transformation. In his practice, he create a thread between different forms of expression - drawing, writing and painting.