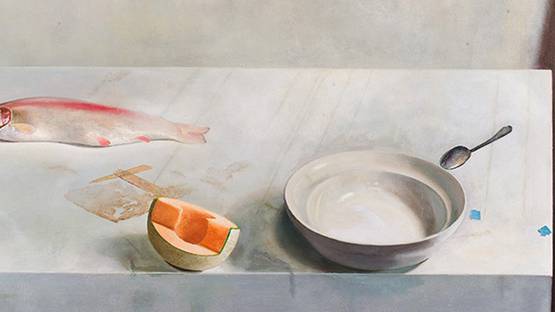 Jim Phalen is an American contemporary artist born in Phoenix, Arizona, in 1957. He is well known for his still life paintings which most often present austere arrangements of simple objects.

The paintings start with a thin layer of color, creating a sort of underpainting, which help the artist see if the elements will work together. In the early stage, pomegranate is a red-ish circle, for example. If the elements do work together, they are gradually transformed into something that is recognizable. The artist only paints what he finds to be paintable, as the essence of a flying bird or a moving car could never be truly captured and shown.