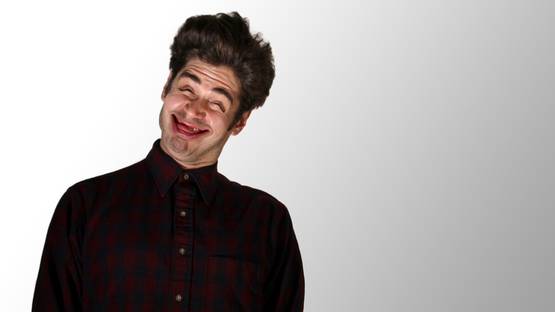 Jimmy Joe Roche is an American interdisciplinary artist specializing in video, performance, and sculpture. He earned his BFA from SUNY Purchase College in Film Conservatory, in 2004, and his MFA from Maryland Institute College of Art, Baltimore, in 2008.

Jimmy Joe Roche originally came to national prominence in his role as co-founder of the Baltimore DIY arts collective, Wham City, from his collaborations with electronic-techno musician Dan Deacon, and as a result of posting his provocative videos on YouTube. The artist’s new video, series of drawings, and paper & wood sculptures continue his multi-faceted engagement with cultural and aesthetic motifs that find their roots in Surrealism, Op art, performance, cinema, meditation, music, and the digital realm. By infusing schizoid, raw, and chaotic qualities in his works, Roche has created conceptual talismans of the collective American unconscious.

His videos have screened internationally in venues including the Royal Academy of Arts in London, Boston Institute of Contemporary Art, J. Paul Getty Museum, Incubate Arts festival in Holland and Rojo@Nova 2010 in Brazil. His work has appeared in numerous publications including Beautiful Decay, The New Museum's "Younger Than Jesus" Artist Directory, "100" a book by Francesca Gavin published in 2011, and an article in the November 2011 issue of the Spanish Art Magazine BELIO. Roche is a recipient of the 2012 new work residency at Harvestworks in New York City, and he is a member of the arts collective Wham City.

His works have been screened in venues and museums all over the U.S. and Canada, including New York, Portland, Dallas, and Miami, among others. In 2013, he participated in a two-person exhibition at the Baltimore Museum of Art which, along with 21c Museum, has acquired major examples of his work.