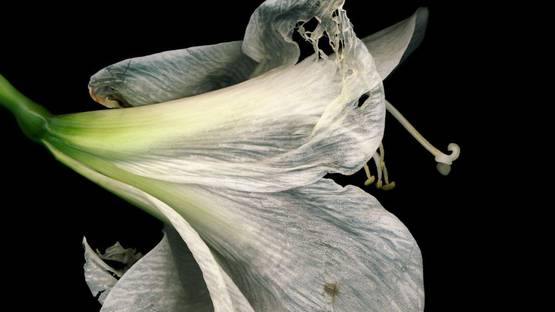 A Czech contemporary photographer, Jitka Hanzlová is best known for her portraiture. Shot in vertical format in distant parts of the world, each of her images has a bearing on the relationship of the individual with the context in which that person lives.

Born in 1958 in Nachod, Czechoslovakia, Hanzlová claimed asylum in Germany in 1982 and settled in Essen, where she currently lives and works. She studied photography and communication technology at the Folkwang University of the Arts in Essen. She created her first series Rokytnik between 1990 and 1994, documenting the village inhabitants of the photographer's homeland. She is a recipient of numerous awards, including Paris Photo Prize for Contemporary Photography, France, Grand Prix Award – Project Grant 2003, Arles, France, and European Photography Award 1995, Germany. Her work is featured in numerous collections, such as Fotomuseum Winterthur, Winterthur, Switzerland, Museum of Modern Art, New York, National Galleries of Scotland and San Francisco Museum of Modern Art, San Francisco, CA.

Having experienced the trauma of fleeing her native home of Czechoslovakia in 1982, the artist focuses on the ways in which one’s homeland and surrounding environment shape identity. Using surprisingly varied subject matter, she photographs all of her subjects in a sensitive and meditative way. Her works are imbued with complexity, reflecting the intricacies of life.