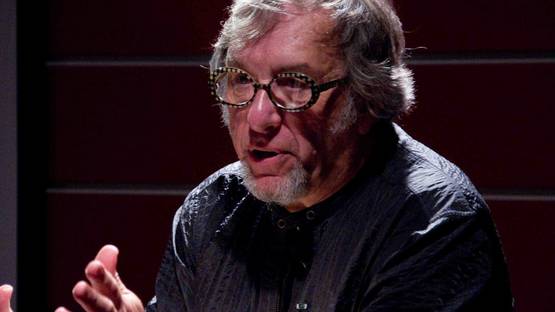 Joel-Peter Witkin is an American photographer whose work deals with outsider subjects and macabre topics not widely covered by other photographers, because of the morbid or disgusting character. Witkin's imagery often centers on death and features dismembered corpses, as well as dwarves, transsexuals, intersex persons, and physically deformed people. When it comes to his photographic  techniques, Witkin’s work mimics elaborate classical paintings, from the aspect of compositions and carefully chosen lighting. The photographer often works in Mexico, since there are fewer restrictions in the handling of dead bodies compared with the US strict policies.

Taste for the Dark Side

Witkin’s photography career began without any official study. He worked as a war photographer during the Vietnam War between 1961 and 1964. After Vietnam, Witkin continued his career as a freelancer and became the official photographer of City Walls Inc. Later on, he studied sculpture at the prestigious Columbia University and earned a BFA in 1974. He also obtained an MFA from the University of New Mexico in Albuquerque, in 1986. When it comes to his interest in macabre themes, Witkin claims that the triggering moment was a deadly car accident he witnessed as a child. He saw a little girl getting decapitated right in front of his eyes and he crawled down to touch the head of a dead girl and tried to talk to her. This incident left a strong trace in Witkin’s young mind and influenced the direction his photography took. The same goes for his family hardships - Witkin's parents divorced when he was quite young because they couldn’t reconcile their religious differences. Because of these issues, the artist’s childhood was far from idyllic and he faced various dark topics and uncertainties prematurely. The other important source of inspiration for Witkin’s photography is the look of early daguerreotypes and ambrotypes. His work mimics the techniques and appearance of such early photographs and he uses an old-school chemical development method. He bleaches and tones his prints or scratches their negatives, in order to achieve a certain historical look.

Witkin’s work reaches far beyond the theme of death and physical deformations. His models are either very beautiful or clearly deformed and Witkin portrays each model in a variety of poses and settings, so as to explore many themes, ranging from the morbid to the erotic. One of his most famous works called Female King (1997), represents an exceptionally tall and obese woman dressed and posed as a king of some imaginary tribe. Another Witkin’s well-known work, called Abundance (1997), portrays a legless and armless woman placed in an urn, while her head is covered with a variety of decorative items, such as flowers and pearls. This woman symbolizes a horn of plenty, which is a term that originates from classical antiquity and represents abundance and nourishment. Generally speaking, Witkin's dark fancy is rooted in historically important paintings and not only antique one – he quotes Courbet, Seurat and Dali in his photographic tableaux. Some of his compositions, such as Negre's Fetishist, are a direct reenactment of studies made by other photographers, with inserted fetishistic details. Another interesting point is that in his compositions, Witkin likes to reveal the edges of a painted backdrop, creating the illusion of a representational painting. Also, his dark visions are shaped by the manipulation of the photographic surface, which makes his images look aged or damaged, as if they were really taken in the early 19th century.

Even though Witkin’s images are often labeled as transgressive and exploitative and they have shocked the public opinion, the artist has achieved a worldwide success and his work has been featured in countless international solo and group shows. He started exhibiting already in the late 50s and had his first solo exhibition was held the early 80s. Since then, Witkin has shown his work in major galleries and museums such as The Brooklyn Museum in New York, Interkamera in Prague, Picture Photo Space in Osaka, Japan and San Francisco Museum of Modern Art. A major retrospective of his work was held at the eminent Solomon R. Guggenheim Museum in New York and his pieces are currently represented by various museum collections throughout the United States.

Even though Witkin’s images are often labeled as transgressive and exploitative and they have shocked the public opinion, the artist has achieved a worldwide success

More than everything else, Witkin considers issues of morality as his central ideas,  a basic skeleton of his work. Using a rich collection of sources, such as classical and modern literature, myths, history of sexuality and most eminent paintings, Witkin creates fantastic photographic pieces that portray the morbid, the erotic, and the religious, all mixed up in a surreal, eerie blend that many people find hard to stomach.  In Witkin’s pieces, these moral and above all human issues are represented by plenty of human oddities as well as dead bodies or body parts. This unusual blend of sources and ideas contributes to the shocking, yet deeply spiritual and transcendent nature of his photography.