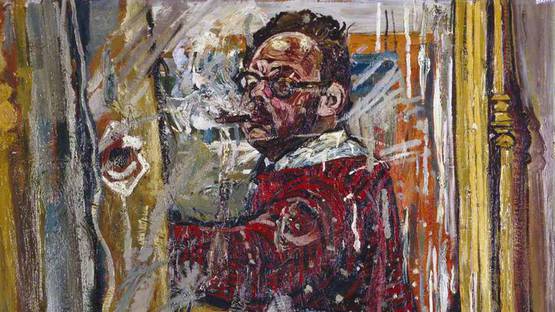 John Randall Bratby was an English painter and writer who founded the kitchen sink realism style of art that was influential in the late 1950s. He made portraits of his family and celebrities. His works were seen in television and film. As he matured, Bratby's works became "lighter and more exuberant". He made the mural Golgotha for Lancaster's St Martin's Chapel in 1965. During his career, Bratby promoted himself on television and the radio and was one of his generation's best known artists. He mingled with celebrities to earn portrait commissions in the late 1960s. By the 1970s he had a series of portraits including Billie Whitelaw. Bratby was elected to the Royal Academy of Arts in 1971.