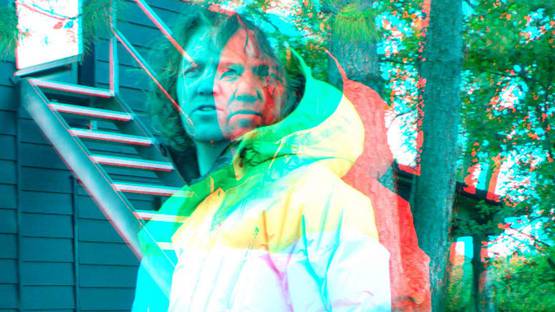 John Breed is a Netherlands-based contemporary artist known for his provocative mixed media sculptures and installations.

Born in 1969 in Egmond, North Holland, John Breed studied Decorative Painting at Nimeto Utrecht from 1985 to 1990, and Fresco Painting at Academi di Superflou in Rome, Italy from 1990 to 1991.
Having traveled extensively around the world, he was able to acquire many techniques and expertise such as calligraphy, graffiti or murals. In 1993 he studied Japanese Calligraphy in Kyoto, Japan; in 1996 Breed learned to paint traditional landscapes during his trip through China, while in 2001 he studied Iconography under Cor Kroone.

In his artistic practice John Breed explores today’s capitalistic culture of excess, as well as its overwhelming tendency to decay and loss, and calls for a fresh start.
Through his installation and sculpture, artist looks over the complex relationship between art, life and death. His sculptural work often includes the implementation of skeletons, animal and human, like in Goodbye Paradise. Breed portrayed a silver-plated Edenic scene of human and animal skeletons, speaking to the nature of renewal that is constantly haunted by our eventual decay. The effects of freshness and alteration of these skeletons and other found objects are often achieved by coating them resin, silver, or gold.

In God We Trust

In God We Trust is John Breed’s captivating installation that brings bold humor and heavy irony. Comprised of silver-plated pig skeletons, ties, 20.000 chocolate coins, ground and silver-plated wooden fence, the pieces are labeled with the names of some of the leading financial services firms and banks including Lehman Brothers, Goldman Sachs, Bear Stearns, Merrill Lynch, and Citi bank.

One of John Breed’s most famous pieces is Shoe Salon Breuninger. The vibrant sculpture is done in conjunction with a well-known German shoe salon. The piece features 145 multicolored female legs and feet with brightly colored shoes from the salon’s collections, on a wall of 9 x 3 meters inside the store’s wall in Stuttgart, Germany. Playfully bizarre, the rainbow-colored collection of heels represents the obsession that most women have with accessories.
Breed built the wall of legs in his studio, then transported it to the site for easy installation.

The artist’s other installation that features legs and women’s heels is all-gold piece titled Medusa’s Shoes. Placed closely together, the shoes collectively resemble the monster’s wild hair instead of separate parts.

John Breed lives and works in Egmond, The Netherlands.