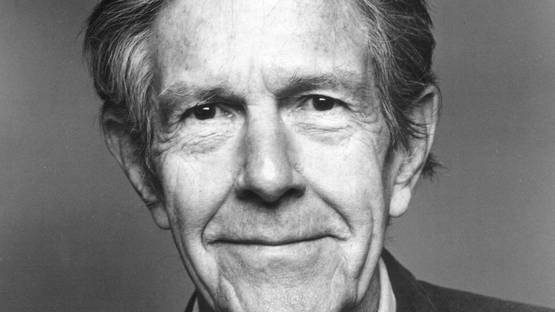 Recognized as one of the most influential composers of the 20th century and a leading figure in the post-war avant-garde scene, John Cage was an American musician, theorist, writer and artist. Besides being considered to be a pioneer of indeterminacy in music and non-standard use of instruments, Cage is also held in high regard for his visual pieces, namely paintings and prints. Additionally, he was also deemed pivotal in the development of modern dance and performance art. John Cage's work challenged the definitions of what a composer does, music and musical experience, as well as the broader new aesthetics of art and performance pieces.

Divided Between Audio and Visual

John Cage was born on the 5th of September in the year of 1912, at Good Samaritan Hospital in downtown Los Angeles. His father was John Milton Cage Sr., a successful man who was regarded as an inventor by the local populace. Cage's mother, Lucretia Harvey, worked as a part-time journalist for the Los Angeles Times and was an oftentimes depressed person. Although there is no proving this to be a fact, the Cage bloodline is supposedly trackable to an ancestor named John Cage who was George Washington's assistant and had a task of surveying the Colony of Virginia. Cage's first experiences with music were received from the private piano teachers in the Greater Los Angeles. Cage also had an aunt, Phoebe Harvey James, who was rather talented in the music department. However, Cage was more interested in writing then composing and this is what got him involved with the valedictorian field[1]. Even then, when he was still a rather young man, John Cage already laid his theoretical grounds for the famous 4'33" composition of silence. In one of his written essays from the time he was a student of the Los Angeles High School, John Cage wrote the following: By being hushed and silent, we should have the opportunity to hear what other people think. In 1928, the young theorist enrolled at Pomona College in Claremont, aiming at the theology major. John Cage yet again started merging disciplines, as he was always prone to doing. He encountered the work of artist Marcel Duchamp via one of his Pomona professors and decided to drop from college in order to pursue a similar line of work.

After much wheedling, Cage managed to persuade his parents that a trip to Europe would be more beneficial to a future writer than any amount of college studies. After that, John hitchhiked to Galveston and sailed to Le Havre. He later made his way to the City of Light. Cage stayed in Europe for about eighteen months and spent most of his time trying his hand at various forms of art. Although he did focus on modern expression the most, John also studied Gothic and Greek architecture. He also took up painting, poetry and music - especially the work of the legendary Johann Sebastian Bach, something Cage never had an opportunity to hear earlier in his life. After the Euro trip came to an end, young artist took his enthusiasm back home in 1931. He went to live in Santa Monica, California, where he made a living partly by giving small, private lectures on contemporary art based on his direct explorations of the Old Continent. By the year of 1933, Cage decided to concentrate on music composing rather than painting. John explained such a decision by stating the following: The people who heard my music had better things to say about it than the people who looked at my paintings had to say about my paintings. In order to advance himself in the music department, the artist traveled to the Big Apple and started taking lessons at The New School of music. Several months later, still in 1933, Cage became sufficiently good at composition and he was offered to become the next student of famous Schoenberg - free of charge. At some point in 1934, John met and fell in love with a fellow artist Xenia Andreyevna Kashevaroff. The two were married in the desert at Yuma, Arizona, on the 7th of June, 1935.

By breaking away from the preconception that music was made by performers using traditional instruments, Cage opened up a new wealth of possibilities within modern art

John Cage and His Role Within the Scene

The newly married couple first lived with Cage's parents in Pacific Palisades for a few months, but then moved to Hollywood. Between the years of 1936 and 1938, Cage changed numerous jobs, including one that started his lifelong association with modern dance - a position of a dance accompanist at UCLA. He was in charge of producing compositions for choreographies and it was here that Cage first started experimenting with unorthodox instruments, such as household items, metal sheets and so on. In the meantime, the artist's thirst for visual expression yet again emerged from the depth of his inner self - he frequently traveled to New York City and eventually became a part of the local art scene. Through such travels, John met and became friends with such painters as Max Ernst, Peggy Guggenheim, Piet Mondrian, André Breton, Jackson Pollock, and many others. This American composer made something like music in New York, presenting a large number of prepared pieces that featured no sound, introducing numerous changes to the medium. He even met and befriended his idol, Marcel Duchamp, as he visited New York and wanted to listen to one of his piano music works. He was interested in visual pieces of his fellow artists whilst they were intrigued by Cage's avant-garde musical concepts. However, Cage's artistic life went through a crisis in the mid-1940s. The public rarely accepted his work and Cage he himself had trouble understanding the music of his colleagues, meaning he was often disregarded by both his fellow musicians and the audience[2]. This, naturally, led to many depressing emotions within Cage's mind, severely shaking his confidence. This was the time John dedicated much of his time to writing about music and art in general, discussing his philosophical views on both matters. Years of 1948 and 1952 were pivotal for Cage's music and sounds as it was then that he received classical piano lessons on sonatas from a professional composer.

Cage's music was focused on the incorporation of unconventional elements such as kitchen gadgets, metal, various common objects and even silence, as you can see in this video where the composer does next to nothing

At one point of the early 1950s, Cage was offered an opportunity to teach at the avant-garde Black Mountain College just outside Asheville, NC. This helped him regain his confidence and set him back on the course of the modern dance. He wrote his widely read and influential book titled Silence, the first one of what will become a five book series. Cage's work from the sixties features some of his largest and most ambitious pieces to date, heavily reflecting the mood of the era. It was then that John produced the first fully notated work in years - Cheap Imitation for piano. The piece is a chance-controlled reworking of Erik Satie's Socrate and it was openly sympathetic to its source. This artwork marked a major change in Cage's music as he turned again to writing fully notated works for traditional instruments and tried out several new approaches along the way, such as improvisation. However, Cheap Imitation ultimately became the last work John ever performed in public himself. Arthritis had troubled Cage since the year of 1960, and by the early 1970s, his hands were painfully swollen and rendered him unable to perform in such fashion. Instead, he started to paint in watercolors[3], in an abstract method which did not require too much precision from Cage's limbs as music did. His paintings were oftentimes combined with his musical concepts, always leading to interesting results which are unlike anything the scene has seen prior to Cage. John as well started working in another field - the opera. This was the climax of Cage's artistic career as this was the first time the composer/artist undoubtedly wanted to be involved within a field without compromising it with other mediums.

At the peak of his career, Cage discovered that the case of chance was as important of a force governing a pictorial composition as the artist's own will

The End of Cage's Life and Story

During the mid and late 1980s, Cage's health worsened progressively, The problem with arthritis was mixed with sciatica and arteriosclerosis as John suffered a stroke that left the movement of his left leg restricted. The transitoriness and fragility of his well-being were extremely obvious in his later works as Cage accepted his fate and did not allow fear to find its place between him and his art. On August 11, 1992, while he was preparing evening two cups of tea for himself and his friend Cunningham, Cage suffered another stroke in New York. He died during the morning. Ultimately, what remains behind him is an incredible legacy of impacts on various creative fields, underlined by his unique view on the music, world and art. Since words were Cage's favorite expression tool[4], we find it fitting that the end of this short biography be concluded with Cage's following words: Left to itself art would have to be something very simple - it would be sufficient for it to be beautiful. But when it's useful it should spill out of just being beautiful and move over to other aspects of life so that when we're not with the art it has nevertheless influenced our actions or our responses.

Featured image: John Cage - Photo of the artist - Image via tcsonesentinel.com
All images used for illustrative purposes only.