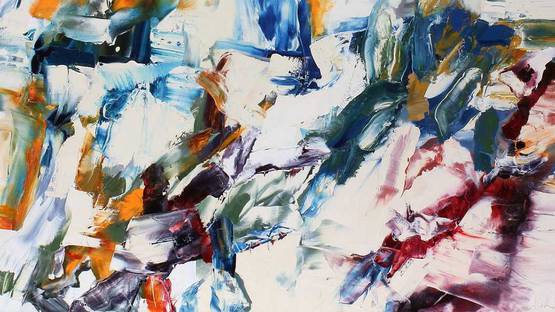 John DiPaolo is an American abstract artist, born in 1946 in Brooklyn, New York. He is one of the leading abstract artists in the United States. DiPaolo was a realist in the beginning, but he shifted to abstraction early in his career.

The ultimate goal of DiPaolo is to uncover the universal, something that is described as the spirit of the panting. The artist barely manages to keep control of his work. If he thinks that he clearly knows what he wants, something deep within him, his subconscious takes over, the work simply takes over. There lies the only, if can be called that, a weakness, of DiPaolo’s work. The effect that is produced by the paintings is drawing its energy not from the artist, not from the source of inspiration, but from the act of making the painting itself.