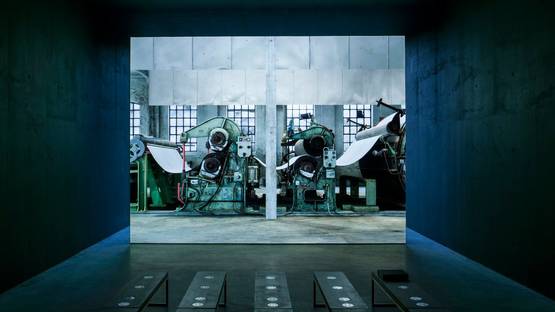 John Gerrard is an Irish artist, working in Dublin and Vienna, best known for his sculptures which typically take the form of digital simulations displayed using real-time computer graphics. Some of his more notable works include Lufkin (2009), Cuban School (2010) and Exercise (2012).

Using the very software that enables the operations of entertainment, industry and warfare, the artist creates portraits of our world through the prism of its own technological medium. Overlaying terrain, figure, image and gesture captured from real bodies and sites using satellite data, intensive photographic documentation, 3D scanning and motion capture, Gerrard creates sculptures that exist in virtual space and unfold in real-time over the course of an entire year.

By analyzing structures of energy in particular and reflecting on the rapid expansion of human endeavors during the twentieth and early twenty-first centuries, Gerrard creates work that haunts, mesmerizes and leaves the viewer thinking about the world we live in. An important body of radical and experimental work, these pieces are not photographs or videos, they are the new medium of realtime 3D objects, a kind of "sculptural photography" or "new cinema". His works are now in the permanent collections of the Tate, the museums of modern art in both San Francisco and New York, and the Los Angeles County Museum of Art (LACMA).