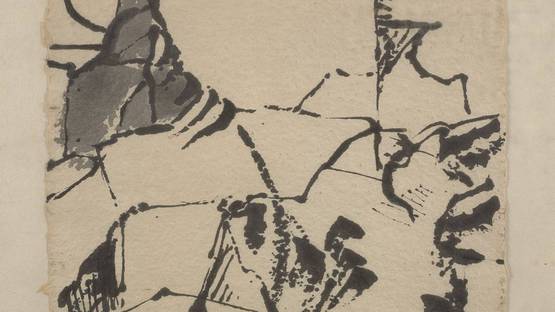 John Little was an American artist whose early style had a linear quality inspired by Surrealist automatism, but his later works featured thick impasto and gestural brushstrokes.

Born in 1907 in Alabama, Little attended the Buffalo Fine Arts Academy as a teenager from 1924 to 1927. Soon after, he moved to New York, where he began operatic vocal training and ran a very successful textile business designing fabric and wallpaper. In 1933, he began classes at the Art Students League with George Grosz, painting mainly Cezannesque landscapes. After studying with Hans Hofmann, through whom he also became a close friend with Lee Krasner and Jackson Pollock, he began to explore abstraction.

His canvases of the late 1940s reveal great experimentation and a growing interest in both Surrealist automatism, Picasso, and the theories of Hans Hofmann. Discussing his work, he explained he was trying to get away from the drawing, "letting form and color carry the idea rather than the line." From the early 1950s, he began using thick, gestural buildup of paint in his works. In 1957, he co-founded the Signa Gallery, an important outpost in East Hampton for the growing New York art scene that hosted many influential exhibitions.