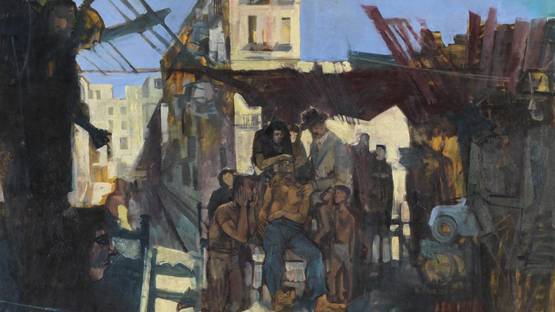 Francis John Minton was an English painter, illustrator, stage designer and teacher. After studying in France, he became a teacher in London, and at the same time maintained a consistently large output of works. In addition to landscapes, portraits and other paintings, some of them on an unusually large scale, he built up a reputation as an illustrator of books. In the mid-1950s, Minton found himself out of sympathy with the abstract trend that was then becoming fashionable, and felt increasingly sidelined. He suffered psychological problems,self-medicated with alcohol, and in 1957 committed suicide.