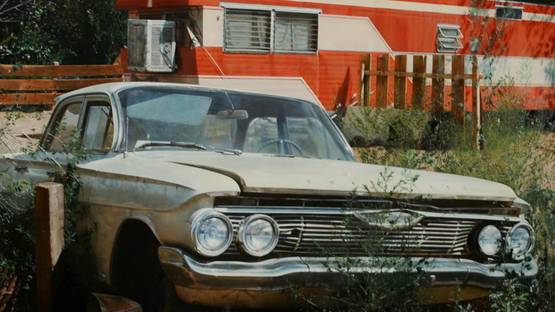 John Salt is an artist from the United Kingdom, who made photorealistic paintings of cars during the 60's in the USA. He evolved through several artistic phases but made a huge creative breakthrough when he started depicting abandoned cars in the rural areas of America.