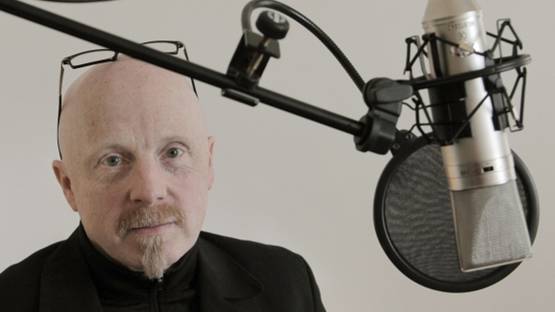 Sound as a medium is practically limitless. But, for some reason, as an artform it's seldom used outside the music world. Sure, a number of artists use it to set an ambient while audiences view their craft, but in that everyday scenario, the sound is used as a means to an end, not as a subject of the exhibition. If you do not create music, can audio still be considered art? If you were to ask John Wynne that question, the answer would be a definite yes. This audio artist uses sound in combination with installations and the entire meaning of his art is based on what you can hear. In John's case, all other elements are inferior to the audio experience his work provides.

John's work borders between documentation and abstraction. His diverse practice includes large-scale sound installations in galleries and public spaces, fine sculptural works and photographs that seem to produce sound. To create such installations you need excellent technical knowledge of how sound works. Luckily, John was well educated to a point where he can confidently claim to have full control over his art - which at times seems ungovernable. He is a proud owner of a PHD from Goldsmiths College, University of London. His first notable contact with an advanced audio design was in a theater when John was involved with the production of Andromache in Toronto, a play that was directed by Graham McClaren. It seems this was the moment John fell in love with audio performance, but more importantly, this valuable experience helped Wynne to start developing different methods of producing and controlling sounds. This play will prove to be a starting point that led to some of the most original sound performances of the last few years. Before he started working on his larger scale pieces, Wynne tried to create a way to literally draw on architecture using sounds. This was a success and the effects of his creation are more than impressive.

After he was done with his involvement with the theater, John wanted to continue exploring the potentials of sounds. He needed a new challenge, something that would push his abilities to their maximum. Soon he realized that the only way to truly test himself was to make that opportunity himself. His greatest achievement was the famous Installation of 300 speakers, Pianola and vacuum cleaner and it became the first piece of sound art in the Saatchi collection and won him the 2010 British Composer Award for Sonic Art. This incredible work saw John set three hundred speakers that covered the entire floor of a giant room. But, as was said before, John's work is based around sound, so even though the sight of these massive speakers is impressive, the focal point is the audio effects they produce. The project was designed in a way to have each speaker play different sounds and because none of them are synchronized with each other, the same composition will never repeat twice. After finishing the Installation, John's later project revolved around his nation's history. John wanted to revive the forgotten languages of indigenous Canadians. He criticized society's role in taking care of such traditions and raised the awareness that the Canadians are losing a valuable part of their heritage. Speakers were placed behind photographs of the natives and sounds of people talking the languages of old were heard coming from behind of portraits. Wynne was also included in the project I Am Not Cancer. Working alongside the photographer Tim Wainwright, he wrote a book, made a 24-channel installation and an award-winning half-hour commission for BBC Radio 3 that was recognized by the public as very educational.

An incredible number of speakers in John's installation

Reaching the Potential of Audio

It is incredible how much one can achieve using sound. People that dare to involve themselves in such endeavors are often thought of as pioneers - exploring the wild world of sound. Technology has been developed to a point where excellent editing of sound has been made available to an average Joe, let alone a man like John Wynne whose supreme knowledge of audio allows him to be break new ground in this field of art. We have come a long way from early Dada and the first experiments with strange noises and John is one of the artists that are paving the way for sound art to continue evolving. And just how much room is left for this branch of art to grow? Nobody knows for certain. We'll just have to wait and see.