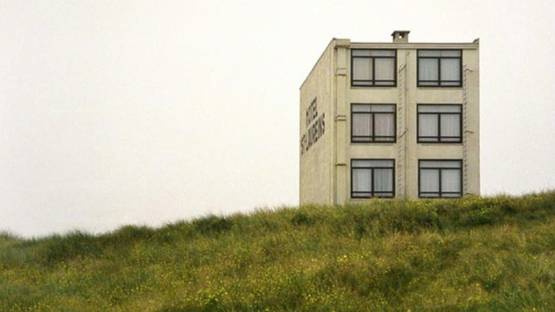 A German photographer, Jörg Sasse uses found images that are scanned, pixelated and manipulated. Embracing the manipulative power of digital technology, he completely reimagined the medium.

Born in 1962 in Bad Salzuflen, Germany, Sasse currently lives and works in Berlin and Düsseldorf. He attended the Kunstakademie Düsseldorf from 1982 to 1988, where he studied under Bernd Becher. He had his first solo show at the Kunstverein Region Heinsberg in 1989 and has since shown throughout Germany and Switzerland, as well as at the Musée d’Art Moderne de la Ville de Paris, Lehmann Maupin Gallery in New York, Mai 36 in Zurich and Musée de Grenoble.

After he stopped taking his own photographs and began digitally manipulating found images, Sasse developed  process of scanning images into his computer, changing them, and then making film negatives of these manipulated images, from which the final prints are made. These early works mainly used land- and cityscapes taken by friends, acquaintances, and unknown others. His interventions imbue narrative, changing and blurring light, redefining the colors and the cropped section to be used, changing the angle, deleting specific elements or adding new items. Expressing doubts concerning the documentary nature of photography, one of his main questions is, "Did classical photography ever reproduce what was in front of the camera?"