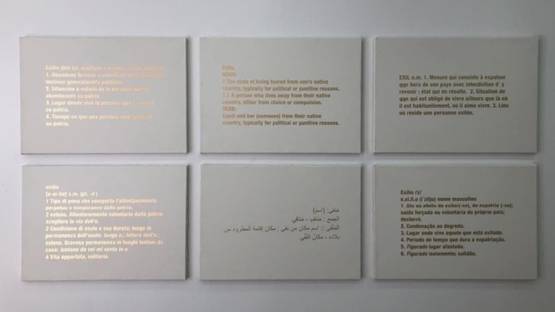 José Ángel Vincench is a Cuban contemporary artist whose conceptual work is guided by issues relevant to Cuban social life and his religious affiliation and political vision. He uses elements characteristic of religious Afro-Cuban rituals, breaking them down with graphic simplicity. Typically spontaneous, emotional, and colorful, Cuban and Caribbean art started to reflect more on the cognitive rather than the aesthetic process of art-making influenced by the region’s political changes in the 1980s. Because of this, artists such as Vincench have become increasingly introspective and critical, while his work became more minimalistic and abstract.