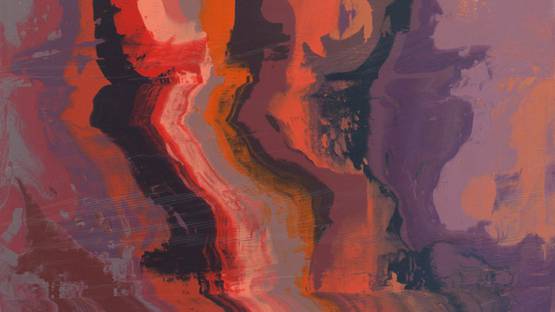 A Cuban contemporary artist, Jose Yague interprets color as the beginning of the search for this essence in ourselves, exploring pigment, shade, depth and movement in his canvases to dramatic effect.

Born in 1985 in Manzanillo, Cuba, Yaque currently lives and works in Havana. He graduated from the Cuban Superior Institute of Art in 2011. His first solo show Tierra Madre took place in 2017 at David Gill Gallery. The same year, he was included in the Cuban Pavillion at the 57th Venice Biennale. He also exhibited in the 1st Biennal de Arte Contemporáneo de Portugal, Lisbon, 12th Bienal of Havana, Cuba, Wasps Artists’ Studio in Glasgow and the International Festival of Visual Art, Glasgow, UK.

Yague's work makes continual links between art, the individual and nature, narrating the encounter between humans and the universe. He is known for lush canvases which evoke molten rock, layers of the earth’s crust, or even aerial views of a landscape. His process can be described as performative, involving mixing and applying paint thickly with his hands and covering it in plastic before slowly maneuvering the sheet across the surface. He also creates installations, transforming galleries with earth, stones, and mineral components.