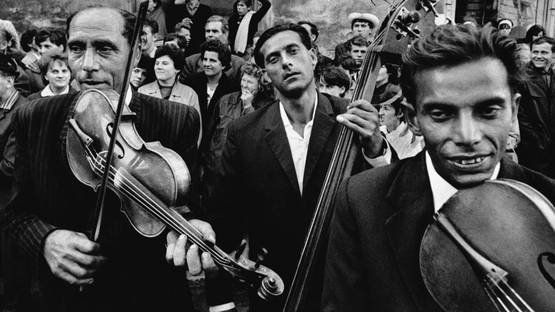 Josef Koudelka is a Czech photographer, known for street photography. Koudelka's early work significantly shaped his later photography, and its emphasis on social and cultural rituals as well as death. He soon moved on to a more personal, in depth photographic study of the Gypsies of Slovakia, and later Romania. Throughout his career, Koudelka has been praised for his ability to capture the presence of the human spirit amidst dark landscapes. His later work focuses on the landscape removed of human subjects. Koudelka resides in France and Prague and is continuing his work documenting the European landscape.