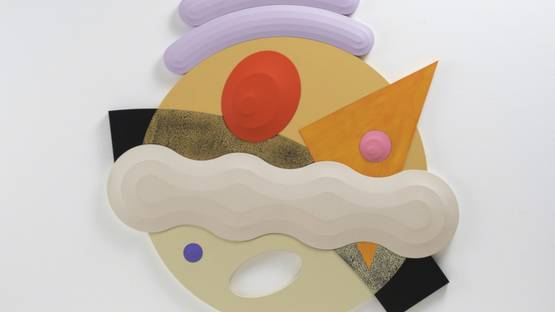 An American contemporary artist, Josh Sperling primarily works with shaped canvases, drawing on the language of the 1960s and 1970s Minimalism. He constructs his paintings out of three dimensional plywood structures covered with canvas and acrylic. His background in furniture making and graphic design have been influential to his art practice.

Born in 1984 in Oneonta, New York, USA, Sperling lives and works in Ithaca, New York. He graduated from SUNY Potsdam, Potsdam NY. Sperling was influenced by geometric abstraction and American minimal painting of the 1960s and 1970s with the discovery of leading figures such as Ellsworth Kelly and Frank Stella, but also pop culture. He exhibited in solo shows all over the world, including Paris, Brussels, Tokyo and Seoul.

Trained in both graphic design and cabinet making, Sperling creates commanding, sprawling works which respond to their surroundings. Using intricate plywood supports over which he stretches his canvases, he creates works in saturated, sometimes clashing colors that blur the lines between painting and sculpture, image and object. Drawing from a wide range of sources, from design to art history, the artist merges these influences into combinations of shapes and colors in a spirit of collage.His referenced and spontaneous practice rests on an intuitive and dynamic exploration of form.