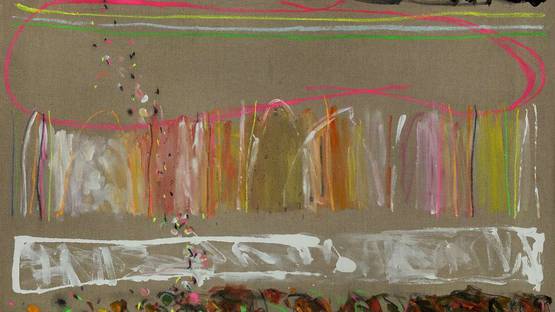 A highly respected New York artist, Joyce Weinstein brings an abstract sensibility to landscape imagery, capturing the feeling of beautiful countryside. Depicting rolling hills, mountains and distant views, the ever-changing qualities of the sky, fields, woods and streams, old barns, haystacks, and weeds and wildflowers, she articulates the essence of what she has seen and felt.

Born in New York in 1931, Weinstein studied at City College of New York and the Art Students League. Her first solo exhibition was in 1953 at the Perdalma Gallery in New York City, where she had additional solo shows from 1954 through 1956. She continued to actively show her work in the decades that followed, receiving critical acclaim nationally and internationally.

Using a combination of techniques - washes, impasto, and contrasts of texture and hue, Weinstein creates dynamic works in which abstraction obscures hints of the natural world. Her works represent what the artist describes as “another kind of landscape painting, more ‘real’ than literal interpretations.” Having an uncanny ability to create a fine equilibrium of both spontaneity and control, she uses an assertive mark-making to create wobbly, sketchy, and raw lines that form contours that approximate fields and countryside, while areas of scratched and scribbled color convey water, light, and organic growth.