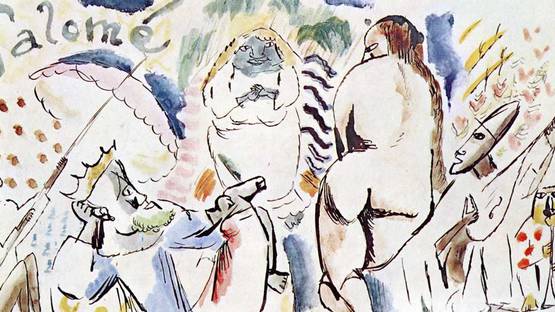 Julius Mordecai Pincas, known under a pseudonym of Julius Pascin, was a French painter, who was strongly identified with the Modernist movement and the artistic circles of Montparnasse.

Also known as a Prince of Montparnasse, Julius was born in Bulgaria, of Italian Serbian mother and Spanish Jewish father. After his education in Vienna and Munich, he spent some time in the US, before moving to Paris.

After struggles with depression and alcoholism, Julius Pascin committed suicide at the age of 45.