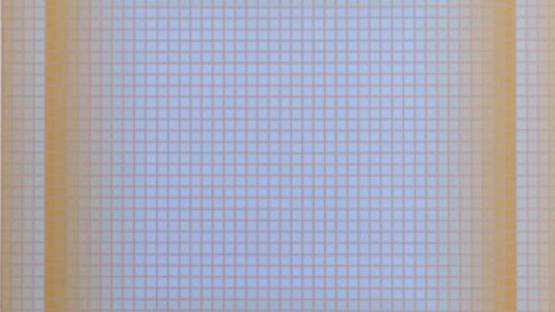 A Poland-born American artist, Julian Stanczak explored the visual, psychological, and emotional resonance of color in his Op art paintings. Using art as an exploration of what it is to see, he fused many colorants and their gradations into a single color experience.

Born in Borownica, Poland, Stanczak moved to the United States in 1950. He received his Bachelor of Fine Arts degree from the Cleveland Institute of Art, Cleveland Ohio in 1954, and then trained under Josef Albers and Conrad Marca-Relli at the Yale University, School of Art and Architecture, New Haven, where he received his Master of Fine Arts in 1956. The Op Art movement was named after his first major show, Julian Stanczak: Optical Paintings, held at the Martha Jackson Gallery in New York in 1964.

Using vibratory lines and complimentary color schemes, Stanczak created sophisticated optical effects in his works, blurring precise geometric elements by layers of transparent color. He built his entire career around seeking answers to questions about color, light, form and the way the expression of those things affected the human eye and emotions. Through pulsating shapes, glowing colors, and shuffling and dancing vertical lines, his intensely energetic canvases continuously challenged the viewers' perception.