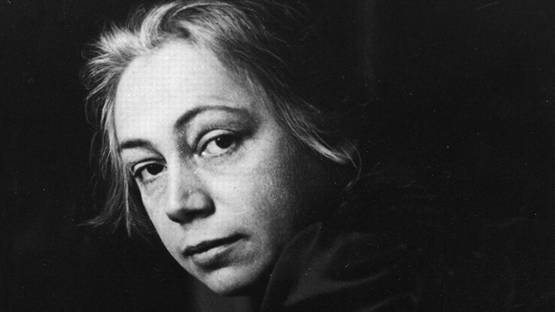 Born in 1867, Käthe Kollwitz was a German artist whose (early realist, later mostly) expressionistic works in print, drawing, and sculpture most often described the anguish and suffering felt by the common people in times of armed conflict. She focused on printmaking as the medium she considered best suited to capture the social and political commentary she presented with her art. Having lived through multiple wars, including World War I and II, Käthe Kollwitz experienced the grief of personal loss which deeply affected her work and life. She was a sworn pacifist and part of the Socialist movement, and her works depict the plight of the working class, especially the women, the children and the poor, during the “unspeakably difficult years” of both world wars in Germany.

Käthe Kollwitz was born to parents Karl and Katherine Schmidt. Her family had ties to the Social Democrat Party, and her grandfather on her mother’s side, Julius Rupp, an expelled Lutheran priest, influenced her greatly with lessons about religion and socialism. Later in life, after marrying Doctor Karl Kollwitz and moving to Berlin, Käthe was exposed to the laborers in the waiting rooms of her husband’s office which served also as their appartment. Even though a member of the bourgeoisie herself, she considered it boring, in contrast with the simple beauty of the proleteriat. She wrote: “The motifs I was able to select from this milieu (the workers' lives) offered me, in a simple and forthright way, what I discovered to be beautiful.... People from the bourgeois sphere were altogether without appeal or interest. All middle-class life seemed pedantic to me. On the other hand, I felt the proletariat had guts. It was not until much later...when I got to know the women who would come to my husband for help, and incidentally also to me, that I was powerfully moved by the fate of the proletariat and everything connected with its way of life.... But what I would like to emphasize once more is that compassion and commiseration were at first of very little importance in attracting me to the representation of proletarian life; what mattered was simply that I found it beautiful.“[1] In the years preceding World War II, she criticized the Nazi government of Adolf Hitler. This led to her being arrested by the Gestapo, both her and her husband losing their positions and her work being banned and taken out of museums for being “degenerate”. Even so, she remained vocal in her social critique.

Marching With And Towards Death

The Touch of Death and War

Having lost a younger brother while growing up, a son in World War I and a grandson in World War II, one of the ever-present subjects in Kollwitz’s work is death and its toil on the the most vulnerable members of society: orphans, widows... Her art, largely in black and white, reflects the loss and grief felt by women, especially mothers, in a day and age unwelcoming, as she felt, to the female gender. Her portfolio of seven woodprints entitled “War” portrays the tragediesof World War I and its aftermath. Of the seven works, six focus on the women and children left behind, and only one portrayed actual fighters. The work called “The Volunteers” shows a group of soldiers including Käthe’s younger son Peter, as they grimly march alongside Death.
Even so, Kollwitz found it difficult to use her art to deal with her grief. She wrote in her journal: "Stagnation in my work... When it comes back (the grief) I feel it stripping me physically of all the strength I need for work. Make a drawing: the mother letting her dead son slide into her arms. I might make a hundred such drawings and yet I do not get any closer to him. I am seeking him. As if I had to find him in the work... For work, one must be hard and thrust outside one-self what one has lived through. As soon as I begin to do that, I again feel myself a mother who will not give up her sorrow. Sometimes it all becomes so terribly difficult."[2]

Käthe died in 1945 at the age of 77. The street in Berlin where she used to live and the adjoining square were renamed after her in the following years. She is one of the leading female representatives of German arts.