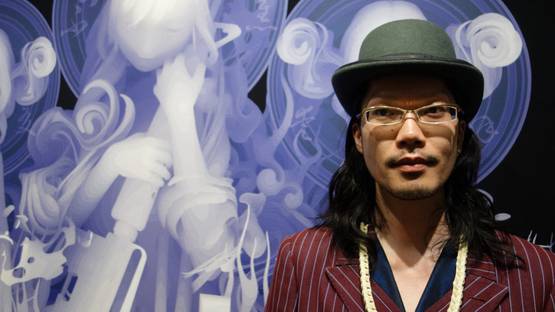 Kazuki Takamatsu, born in 1978, in Sendai, Miyagi, is a Japanese artist who mixes traditional and modern techniques in his work. He graduated from Tohoku University of Art and Design in Oil painting in 2001.

Takamatsu has captured the curiosity of his fans with his technique called “depth mapping”, a style of illustration inspired by Japanese girl's comics. In this method, the individual pixel becomes a shade of grey which is proportional to the distance from which the viewer sees it. This combination provides the artist with the ability to achieve amazing depth and surrealism in his works. Takamatsu’s depth mapping technique is as unique as it is painstakingly intricate, the artist mixes traditional and modern techniques by fusing classic drawing, airbrush and gouache painting with computer graphics.

Takamatsu currently lives and works in Sendai, which was devastated by the Tohoku earthquake and tsunami back in 2011. The event can still be felt in Takamatsu’s work which mixes memories of sorrow with a deep sense of hope in a spiral of emotions.