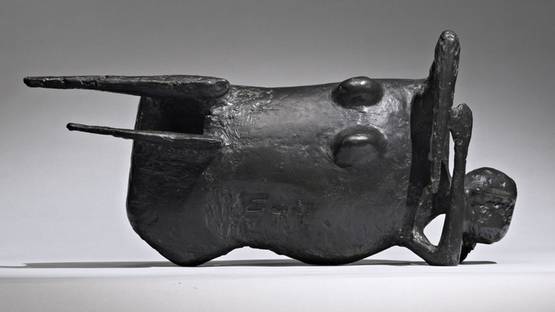 William Kenneth Armitage was a British sculptor known for his semi-abstract bronzes. Armitage studied at the Leeds College of Art and the Slade School of Fine Art in London before joining the British Army in 1939. Armitage became head of the sculpture department at the Bath Academy of Art in 1946, a year after completing his military service, and served for a decade. In 1952, he held his first one-man show in London. In 1953, he became Great Britain's first university artist in residence, at the University of Leeds (to 1956). In 1958, he won best international sculpture under age 45 at the Venice Biennale. Armitage was made CBE in 1969 and was elected to the Royal Academy in 1994.