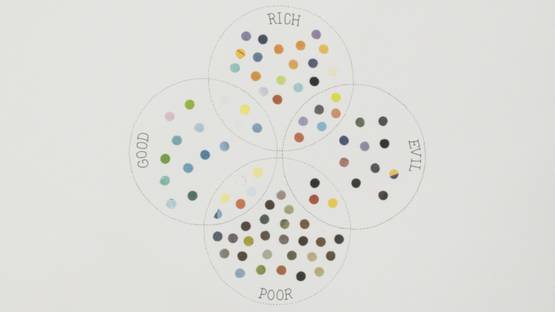 Born in 1952 in Richmond Heights, Missouri, Abeles spent some time living in Pittsburgh, Pennsylvania, an experience which she says influenced one of her works. She received her BFA in painting from Ohio University and earned a MFA in studio art from the University of California, Irvine in 1980. Her work has been shown at National Center for Atmospheric Research; Museum of Arts and Design in New York; National Museum of Fine Arts in Santiago; Museum of Contemporary Art in Los Angeles; Museum of Modern Art in Rio de Janeiro; and, Intersection for the Arts in San Francisco. She has also been a United States representative in Antwerp for Fotografie Biennale Rotterdam and Cultural Centre of Berchem.

Abeles has created projects with the California Science Center, air pollution control agencies, health clinics and mental health departments, and natural history museums in California, Colorado and Florida,& speaking to society, science literacy, and civic engagement. Her working process involves data gathering, library research, and experimentation with unconventional materials. She then uses these collected "facts" and turns them into elements from which she creates artworks.