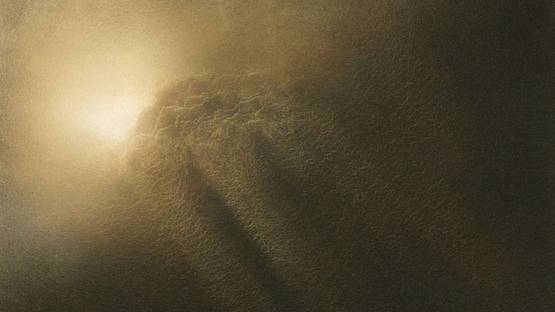 The main subject of Kiyoshi Nakagami's work is light. In each of his works, the density of light and its dispersion within the dark space varies. He is celebrated for beautifully reproducing the diffusion of light in a painting.

Layering acrylic on the canvas, Nakagami allows gravity to move the pigment, resulting with meticulous ripples and evoking cascades of light that bear no trace of the paintbrush. By removing the maker's hand, the artist seeks to facilitate meditative contemplation.