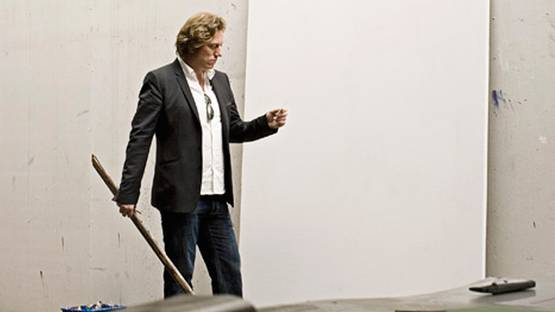 Koen van den Broek is a Belgian artist who was born in 1973 in Bree, Belgium. He has exhibited widely, including a major retrospective at SMAK in Ghent, 2010. The work bears strong affinities to European painting, while at the same time inhabiting the landscape of America's open spaces and the language of American abstraction.