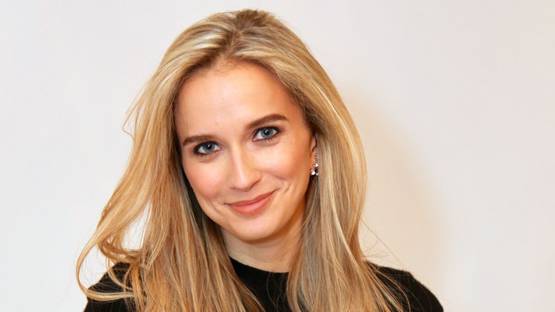 The work of Kristin Simmons is based on the exploration of devastating effects of the capitalist system especially in regards to the topics of power and finance. Her peculiar aesthetics is reminiscent of Pop art, yet Simmons goes further by employing specific visual imagery accompanied by the text. Her solutions are wrapped with sarcasm and are calling for debate. By undermining violence, sexuality, exploitation, gun culture and all the other painful aspects of the other sides of consumerism, the artist wisely engages with a complexity of contemporary society.

Directly From University To The Art Scene

Kristin Simmons is born in 1989 in New York City. She has finished BA in Studio Art and Art History from Columbia University in 2012 and is the recipient of several prestigious awards including the Orra White Hitchcock and National Endowment for the Arts Award. Though Simmons was making art for since early childhood, she didn't consider it could become a proper a career until she began selling work in 2013. It was a hard process since it took the artist four years to fully transition to a profession of her choice and currently she is pursuing MFA at The School of Visual Arts.

Working With The Media and Inspiration

Although trained as a painter, Simmons works with screen prints and from recently started experimenting with the media by applying hand-collaged elements and drawn-in forms. The artists grow up in New York City and the very city and the mechanisms surrounding it represent perhaps the major source of inspiration. In addition to that is Simmons’s involvement with advertising, so that corporate intersection of business and creativity to which she was exposed on daily basis, inspired her work greatly as well. Since the artist's concept is deeply embedded in the idea of criticizing consumption inseparable from the American culture, her aesthetics is largely drawn from Pop artists such as Warhol, Johns, Lichtenstein, and Wesselmann.

Undermining the absurdity of consumerist desires

References and Approach of Kristin Simmons

The impression with the cultural appetites as they are related to the consumer is constantly leading Simmons to examine the power structures. Therefore, one of the central motifs of her work is the money and the artist is generally interested in the idea of how we define creative or cultural value as opposed to making money by being commercially creative. She is often referring to internet and pop culture in general - from canonical children’s books, over gun rights, to Wall Street scandals. Apparently moved by the constant political misuse and instrumentalization, the artist examines the influence of packaging and advertising on the viewer, as well as idolization of objects of power.

Money makes the world go round

The works of Kristin Simmons have been noticed already. Her bold graphic, colorful and somehow campy artworks are shown on a couple of group exhibitions as well on fairs. The specific approach and eye-catching, playful, and polemical narratives make Simmons’s artworks fresh and in accordance with the present moment. The need to openly discuss all the topics which she finds problematic make her strategy daring and provocative, but at the same time subtle and humorous.