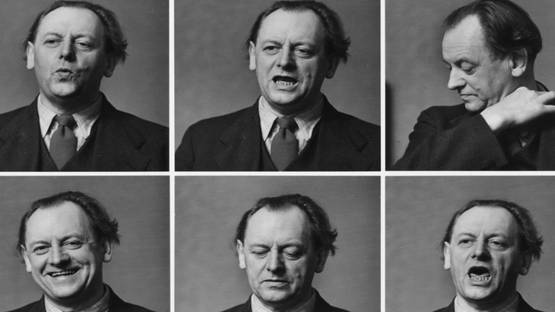 One of the most engaging dissidents of the 20th century, Kurt Schwitters expressed himself through various mediums as painting, sculpture, poetry, graphic design, and typography, but the things that distinguished his work among others were his collages, called Merz pictures. Essentially grouped with Dada, some personal issues prevented him from being formally a member. His unpolitical principles and disinterest for that topics distanced him from the main group of German Dada. The most important thing for his further artistic career was his discovery that he was not at heart a painter, but an artist who found the essence in the combination of the different materials. In 1919, Schwitters created his personal form of collage called Merz, extending the name on all his creative activities, including poetry and performances.

Early Life and Creation of Merz

Schwitters was born on June 20, 1887, in Hanover. After his studies at the Royal Academy of Art in Dresden, he became an introverted and insecure young man additionally hampered by his epileptic attacks. Meeting the Expressionist artists in Hanover after 1916, he was encouraged to start developing his own style that marked his artistic beginnings when some of his most impressive works were produced. The milestone was in 1918 when he was invited to exhibit at Herwarth Walden’s Sturm Gallery in Berlin. The same year Schwitters made his first collage, probably influenced by the work of Hans Arp. It was followed by the assemblages from the parts of refuse, as the one that contained the four letters – MERZ, taken from an advertisement for the Kommerz and Privarbank, as the artist revealed later. This inscription became a kind of a brand, and from 1922, he even used it instead of his name.

In the Middle of the European Avant-Garde

Showing his new Merz and some capricious watercolors in a Sturm Exhibition in 1919, Schwitters has brought the confusion and rage among the critics that enabled him publicity that helped him to promote his provocative poem An Anna Blume. Suddenly, he was in the middle of avant-garde events, between the European Dada groups, the Bauhaus and the new generation of Constructivist from Eastern Europe and Netherlands. Schwitters let his imagination undertaking the experiments in various arts as multimedia, cabaret, poetry, photography, etc. From 1922, he was included in the movement known as International Constructivism, adopting their principles of reliance on primary colors and geometrical forms.

His art was between Dada, the Bauhaus and Constructivism

Exile and Dream of Recognition

With the rise of Nazis in Germany after 1929, his work has been exhibited as Degenerate art. That marked his artistic activities impossible and his career came to an end. In order to survive, Schwitters was spending time in Norway painting portraits and landscapes that he was selling to tourists. Because of the connection with the Hanover Resistance, he had to emigrate. When Nazi troops invaded Norway, he left to England. Kurt Schwitters died in 1948, at the age of 60, poor and neglected with the hope that his work would be recognized one day. He was an inspiration for the post-war artist as Jasper Johns and Robert Rauschenberg, now considered as the forerunner of the greatest art movements, from Pop Art and Fluxus to Conceptual Art.