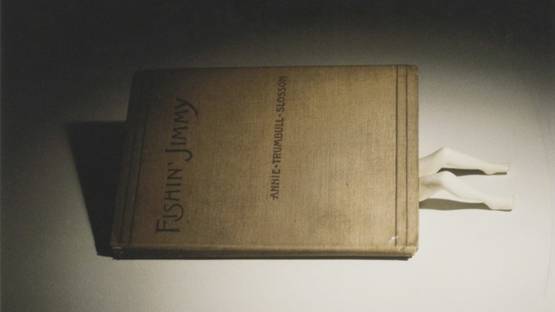 Laurie Simmons is an American photographer and filmmaker associated with the Pictures Generation group of artists, and best known for her images of dollhouses, puppets, and dummies. Born in 1949 in Long Island, NY, Simmons graduated from the Tyler School of Art in Philadelphia in 1971, and moved to New York in 1973.

Her early work depicts dollhouses that evoke Dutch paintings of interiors and the advertisements found in 1950s housekeeping magazines. She questions the veracity of photographic realism and the stereotypes of American culture, as in her Cowboys (1979) series, which places cowboy figurines in outdoor settings and compositions that replicate realistic scale and proportion. Simmons series of dolls and dummies includes Talking Objects (1987–1989) and Walking and Lying Objects (1987–1989), which depict objects such as guns, cameras, and model houses with legs attached. In all of these photographs, Simmons seeks to animate her inanimate subjects and give them psychological expression.

In 2001, Simmons collaborated with architect Peter Wheelwright to design an interactive modernist dollhouse called the "Kaleidoscope House." The house was decorated with miniature artwork and furniture by contemporary artists and designers. Also in 2001, Simmons began her "Instant Decorator" series, which was based on a 1976 interior decorating book of the same name, that provided templates of household rooms for the client to fill with swatches of fabric and paint samples. The series features works that are collage-like and opulently filled with accessories and characters in dramatic mises en scène. In 2009, Simmons began a new series called "The Love Doll," featuring a lifesize doll from Japan. This series documents the ongoing days in the doll's life.

In her recent film, Music of Regret (2006), a woman—played by Meryl Streep—is chased by six dummy suitors. Simmons has received fellowships from the Guggenheim Memorial Foundation in 1997 and the National Endowment for the Arts in 1984. Her work has been exhibited at the Museum of Modern Art in New York, the Walker Art Center in Minneapolis, and the Whitney Biennials of 1985 and 1991.