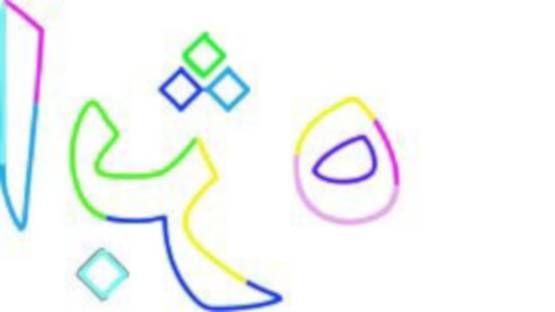 Born in 1977 in Iran, Leila Pazooki explores the concept of borders and the manner in which information, language, visual vernacular, and cultural associations are contorted, and conflated, as they cross physical and imaged boundaries.

Her work often consists of layered "forbidden" images manipulated to veil their illicit content, bringing to question the notion and validity of acceptability and dissolving the distinction between what is tolerable and what is taboo. Deeply cosmopolitan, her works serve as visual material aiding in the fight against the hegemony of borders that stratify the world by way of political and canonical prejudices.

Leila Pazooki studied painting at the National Art Academy in Tehran following the Islamic Revolution and continued her education at The Academy of Fine Arts in Munich. After a stint in Mexico, Pazooki currently resides in Berlin, where she is pursuing a Master’s Degree at the Berlin University of Arts.