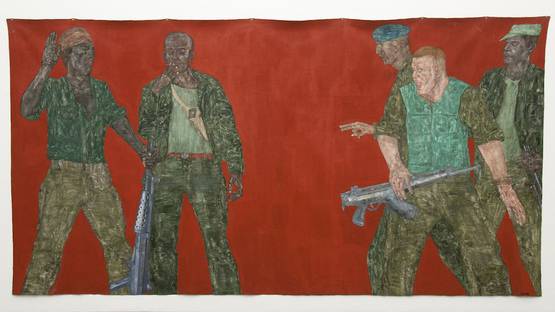 Leon Golub, born in Chicago, Illinois, in 1922, was an American painter who was both horrified and inspired by the Vietnam War. Many of his paintings in the 1960s and '70s were commentaries on the Vietnam War, and his works had a sense of gritty immediacy.
He received his BA at the University of Chicago in 1942, and his BFA and MFA at the Art Institute of Chicago in 1949 and 1950, respectively.