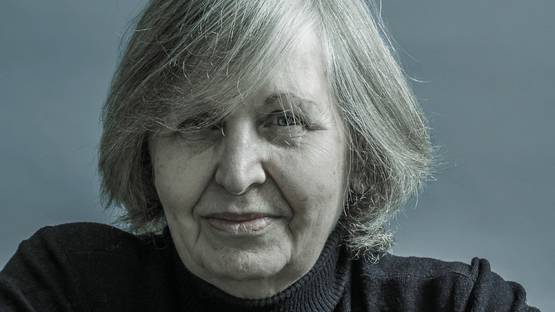 LeoNilde Carabba is an Italian artist whose expressive research starts in a Jungian matrix and stems from her interest in the symbol and spirituality. Born in Monza, she likes to describe herself as “a painter and a traveler who loves to explore new territories and cross borders.” Carabba’s first works were refined rhythmical compositions on a geometrical texture. In the 1970s, she was strongly involved in the Women’s Movement, while her work became free from geometrical motifs and more fluent. This period includes recurring motifs of skies, seas, trees, and geological descriptions of the earth’s crust, painted on increasingly large canvases. The artist moved to Bolinas, California, in 1982 (staying there for five years), where she began painting on wooden boards. In the last decade, her work has become more refined and hinged on depth symbols. LeoNilde Carabba lives and works in Milan.