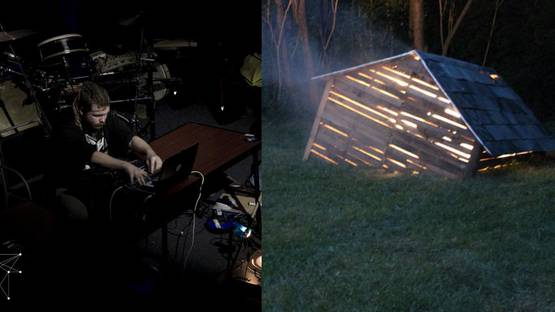 Liam Slevin is an artist, curator and arts project developer born in 1984, in Cork, Ireland. His practice is predominantly installation, often incorporating found objects, video and sound. As a mechanism for art making he employs literary tropes in developing a process in which to re-present them in a structural or physical way.

Slevin holds a B.A honours degree from the Limerick School of Art and Design and has been the recipient of the Travel and Training Award from the Arts Council of Ireland in 2012, 2013 and 2014.

In 2008 he co-founded the artist collective Cork Contemporary Projects. Its main ethos was to facilitate emerging artists, collaborate with alternative art discipline and to open dialogue and discourse with peer organisations. In 2009 Slevin set-up and became the co-director of theSPACE, a year long artist led project space. theSPACE hosted 8 exhibitions, artist talks, workshops, screenings, performances and the sonic arts night 'I/O' curated by Slevin. In July of 2011 Slevin set up TACTIC with Pamela Myers. TACTIC was formed to address the lack of  cultural space available for curators to develop and maintain a working practice.

He moved to Berlin in 2012, and undertook a curatorial residency at the Waterloo Artspace for 10 months. Over the 10 months he curated more then 15 experimental art events at Waterloo under the banner of Av format.Slevin has exhibited throughout Ireland and has performed internationally with his sound based performances.

He works between Cork, Ireland and Berlin, Germany.