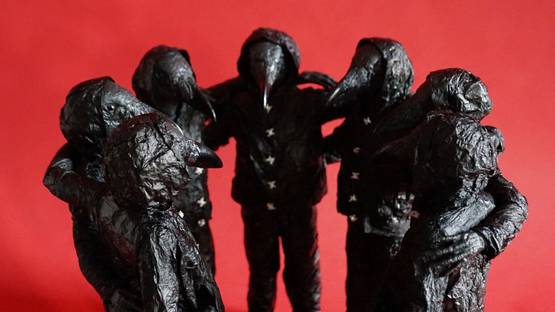 Ivimey was born in 1965 in Sydney, Australia, where she currently lives and works. She has a Diploma of Fine Art in both printmaking and sculpture at the Claremont School of Art in Perth. She taught at the school from 1993 to 1995 and also lectured at the West Australian School of Art from 1996 to 1998. Her work debuted  in 2003, in an exhibition at Melbourne’s Heide Museum of Modern Art. Her work has since been shown in institutions such as Bone Idol in Berlin, Germany, the Blake Prize for Religious art, iSydney and Materiality at Royal Melbourne Institute of Technology Gallery.

Often described as macabre, Ivimey's confronting works usually reference Antarctic explorers and scientists, an interest developed during a trip she made in 2011 to commemorate Douglas Mawson, or the artist's own life, particularly related to her experience of depression while going through cancer treatments. In her work, the artist draws upon many skills from welding to cooking, weaving, wood-sculpture, and sewing.