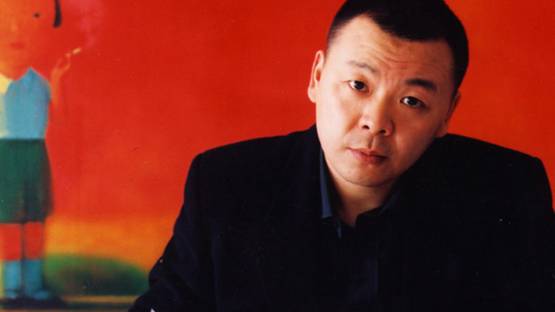 Liu Ye is a Beijing-based contemporary Chinese painter known for his bright-hued paintings of childlike female figures, his favorite cartoon character Miffy the bunny and works inspired by Piet Mondrian. is part of a generation of artists that grew up during the Cultural Revolution and were visually affected by the kitsch aesthetic of propagandistic art and   his father’s illustrations for children’s books, which were ultimately censored and considered a forbidden practice. Liu finally draws inspiration from the fairy tales of Hans Christian Anderson.

Mirror, his self-portray, and the surrealism of René Magritte are other important indicators of his early work. During this period, Liu started to depict a little scenario in each of his work, which continues to be one of his recognizable styles. After 1994, as Liu Ye returned to Beijing, his style and subject matters changed with the environment. He started to portray himself more as a little boy than a young man as he did before. More female figures appeared. The settings of his painting moved from rooms to theatres where scenes he saw in China as a little boy, his childhood dream were depicted. Chorus, fleet and sailor boys were repetitive subjects portrayed during the period.[10] His preference for using primary colors can be traced to his childhood days in Beijing as well.

After studying at the School of Arts and Crafts and the Central Academy of Fine Arts in his hometown Beijing between 1984 and 1989, Ye received a degree from University of Fine Arts in Berlin in 1994. He later attended two artist-in-residence programs at the Rijksacademie in Amsterdam and the Delfina Studios in London.  Ye’s compositions are subsequently based on the form of the square, contrasting with the seemingly playful ethos of his works; he is interested in combining rational thought with the sensitivity and emotionality of fairy tales, a synthesis further understood as link between Western and Eastern philosophy. However, unlike most acclaimed Chinese contemporary art, his works have little political implications. Instead, he prefers to use a universal language to depict his inner world.

His work has received great acclaim at several international exhibitions; including the 7th Shanghai Biennale in 2008 and the exhibition China - Facing Reality at the Museum for Modern Art in Vienna. Ye currently lives and works in Beijing.