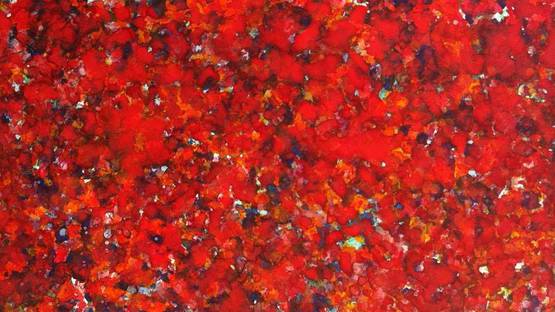 Llewellyn Xavier is a Saint Lucian artist. In 1968, Xavier moved to England, where he became a pioneer in the field of mail art. He enrolled in the school of the Museum of Fine Arts, Boston, in 1979, and for a time was a Cistercian monk in Montreal. After a time, he left the monastery, marrying and returning to Saint Lucia in 1987.

Featured Image: Llewellyn Xavier - Vermillion from the series: Flame of the Forest - Image via foodartandcaribbean.com