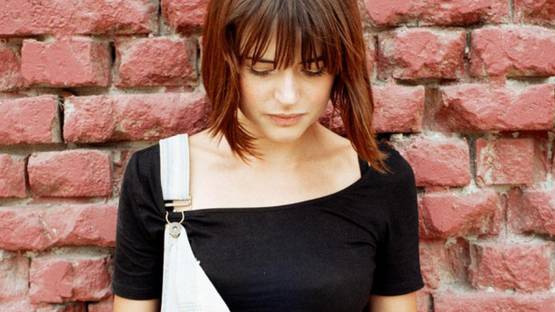 Louise Gibson is a Scottish contemporary artist known for her massive sculptures made of metal scraps and found materials such as old clothes. Gibson was born in Edinburgh, in 1985. She grew up in the inspiring capital of Scotland where she attended Edinburgh College of Art earning a B.A. (Hon.) in Sculpture in 2009.

In her artistic practice, metal scraps play an important role. Gibson fuses found gadget with sculpted casts to make complex, boldly artworks. She produces the moulds for her pieces herself, individually honing the resin recipe for each distinct sculpture. In her energetic body of work, Gibson explores the way people interact with their surroundings.

Louise Gibson has participated in many individual and collective exhibitions in Edinburgh, UK; London, UK; Berlin, Germany; Cologne, Germany; Seoul, Korea; and Philadelphia, USA, among others. She is represented by Die Kunstagentin in Cologne.

In 2015 she was part of a group show The Fall of the Rebel Angels curated by Vanya Balogh at the Venice Biennale. She was a finalist at the 2014 Berlin Art Prize and the Blooom Awards by Warsteiner.

In 2013, Gibson moved to Berlin, where she set up her studio on a metal recycling yard on the outskirts of the Germany’s capital and cultural center.