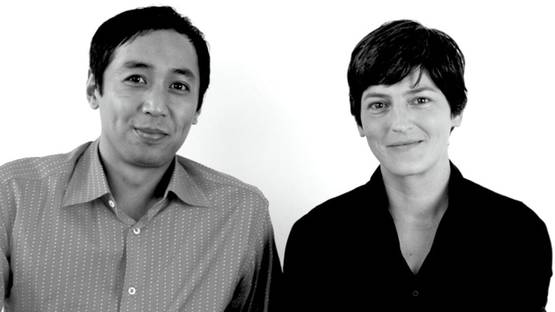 Luftwerk is an American artistic duo made by Petra Bachmaier and Sean Gallero. They are focused on exploration of what makes one space to become a place within urban and natural environments.

Ever since that time, Luftwerk has been examining the relationship between light, form, and material through their large-scale and site-specific installations. Their interconnected works tend to immerse viewers in a sophisticated experience of sight, color, and sound. It's a process of projecting an idea as visual poetry, capturing the realm where the origin of light and its image travel to its destination.

Experimenting with those elements, Luftwerk was trying to catch all those invisible, but very much present connections between architecture, environment and the community.

Luftwerk has been transforming many diverse locations such as Frank Lloyd Wright’s Robie House and Fallingwater; Chicago’s Millennium Park, P3 Studio in Las Vegas, an abandoned Woolworth’s store in New Orleans...
Luftwerk and their installations opened a brand new aesthetic conversation with many public through its histories and concepts.

Luftwerk is stationed in Chicago.

Image copyright of the artists