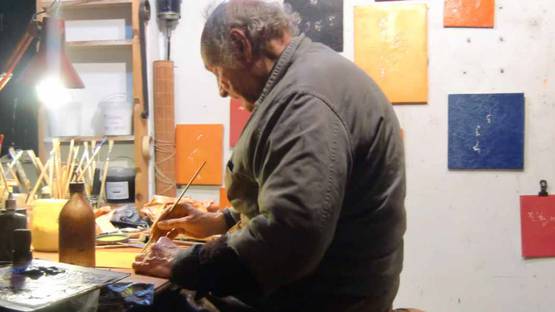 Luigi Boille is an Italian artist born in Pordenone in 1926. He has lived and studied in Rome where he graduated at the Academy of Fine Arts in 1949 and graduated in architecture in 1950. He travels in Europe and after a stay in the Netherlands in 1951, he settled in Paris where he remained until 1965. He currently lives in Rome. Boille’s artistic itinerary is marked by three important meetings: the encounter with Paris, a cultural climate and the quality of the research, the meeting with Michel Tapie, the artistic adventure, wider possibilities for painters and international context and the meeting with Giulio Carlo Argan.

Featured image: Luigi Boille in his studio, photo via artslife.com