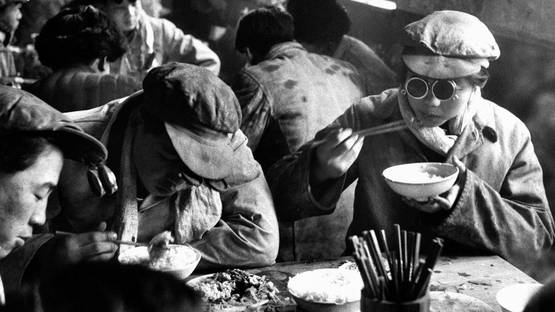 Marc Riboud, born in 1923 in Lyon, is a French photographer, best known for his extensive reports on the East: The Three Banners of China, Face of North Vietnam, Visions of China, and In China. Riboud's photographs have appeared in numerous magazines, including Life, Géo, National Geographic, Paris Match, and Stern. He twice won the Overseas Press Club Award, received the Lifetime Achievement Award at the 2009 Sony World Photography Awards and has had major retrospective exhibitions at the Musée d'Art Moderne de la Ville de Paris and the International Center of Photography in New York. Riboud was made an Honorary Fellow of the Royal Photographic Society in 1998.
He now lives in France.