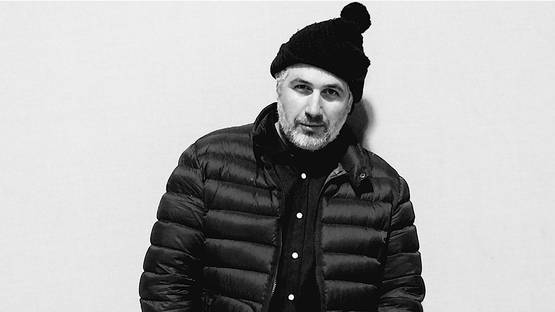 After having ‘taken lessons' in street art on the walls of Paris, Marco Pho Grassi established himself at the beginning of the 1990's as one of the pioneering artists of the genre in Italy. His transition to practice at the Arnaldo Pomodoro’s sculpture studio allowed him to master essential techniques in his work.

He also began to experiment with the numerous materials that the city has to offer, for example by painting on wooden pallets and torn manifestos. For him, the action of time transforms a work of art until its destruction, especially when it is located in a perishable urban context. Influenced by oriental paintings and by abstract expressionists such as Emilio Vedova, Georges Mathieu and Sam Francis, Marco Pho Grassi vigorously uses the spray can alongside brushes and sponges.

In the style of the Arte Povera, Grassi’s works reflect the materiality of urban environment. On behalf of the series "Walls", Grassi utilzes found objects such as old wooden pallets, eathered posters, rusted metal and bitumen as a subsurface for his strong and expressive abstract paintings. The artist started to produce the series in 2012 which later became a manifesto, revealing the essence of his work and the dialogue between the used materials and media.

Thereby, a strong relation in the pictorial gesture and the use of different materials are the main characteristics of his artwork. The varying bodies of work are based on various conceptual, formal and technical approaches by always keeping a coherent aesthetic.

To this day, the artist works in the streets as well as in the studio. He believes that both approaches are complementary and influence one another. The letters that spring out from the streets serve as the basis for his indoor creations, turning into a syncopated movement of colors that mix together until the letters are illegible. This connection between street and studio is not by chance, since his first works made in the studio are entitled ‘Dans La Rue’.

Since 2005, Marco Pho Grassi has had several consecutive exhibitions with growing success. First the solo exhibition ‘Street as Workshop and Expressive Model' in the province of Milan, then 3 collective exhibitions: ‘Street Art Sweet Art’ in 2007 in Milan, then ‘Dos Graffitos à Pintura’ in 2008 in Sao Paulo, and ‘Junkbuilding’ at the Triennale of Milan in the same year.

Marco lives and works in Milan.