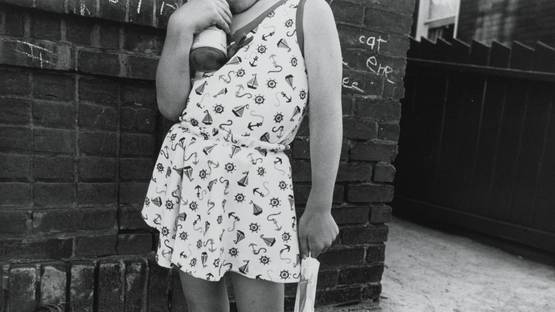 Mark Cohen was born and lived in Wilkes-Barre, Pennsylvania until 2013. He attended Penn State University and Wilkes College between 1961 and 1965, and opened a commercial photo studio in 1966.The majority of the photography for which Cohen is known is shot in the Scranton/Wilkes-Barre metropolitan area (also known as the Wyoming Valley), a historic industrialized region of northeastern Pennsylvania. Characteristically Cohen photographs people close-up, using a wide-angle lens and a flashgun, mostly in black and white, frequently cropping their heads from the frame, concentrating on small details.