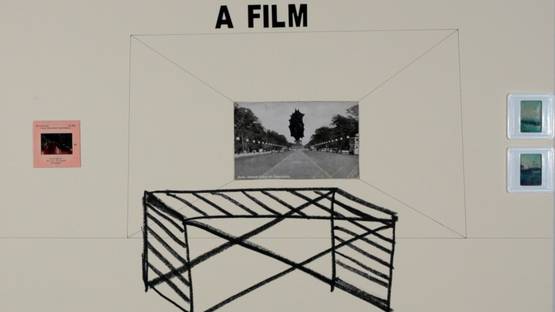 One of the most prominent Croatian artists of the younger generation, Marko Tadić's practice spans drawing, installation and animation. Through his practice, he explores his long-term interest in the legacy of modernism. Each new work that he creates is also an experiment in which he tries to do something new, both in terms of technique and content.

Tadić studied painting at the Accademia di Belle Arti, Florence. He is the winner of numerous art prizes, including Vladimir Nazor award for the best exhibition (2015), the third prize at the exhibition T-HT@MSU in Zagreb (2010) and the Radoslav Putar Award for best young contemporary artist (2008), and participated in many residential programs in Helsinki, New York, Los Angeles, Frankfurt Am Main and Vienna. His films have been shown on many international animation film festivals and experimental film festivals, while his works have been exhibited on many solo and group exhibitions around the world. In 2017, along with Tina Gverović, he represented Croatia at the 57th Venice Biennale.