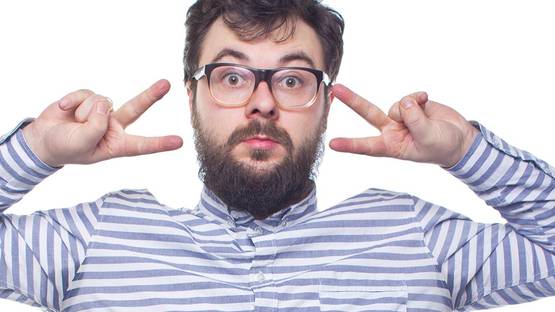 Martin Krusche is a Berlin based illustrator and a visual artist. He creates his art by combining variety of media, from pencil and water color on paper to mixed media on cardboard and wood.

Krusche was born in Osterzell in Bavaria region where he finished his secondary school. After the internship in 2002 he began his studies of the Communication Design at FHTW Berlin, which he finished in 2008. Same year he entered the college he created his own label titled YACKFOU where he is currently a free illustrator and also as art director. The Label is a graphic-based fashion brand from Berlin, and it is a result of cooperation between Martin and his fellow designer.

For this label he creates illustrations and graphics, and those characters and objects can’t be seen not only on Berlin’s shirts but also on Europe’s and World’s ones. He is working as an illustrator on the one hand for various clients and while simultaneously taking part at exhibitions and shows with his free illustrations and art.

In 2014 Krusche started teaching Silkscreen, at HTW university, Berlin. From 2001 till present day, Kuscher has been exhibiting thoroughly and has been awarded on numerous occasion for his work.